My Highlights from SXSW 2018 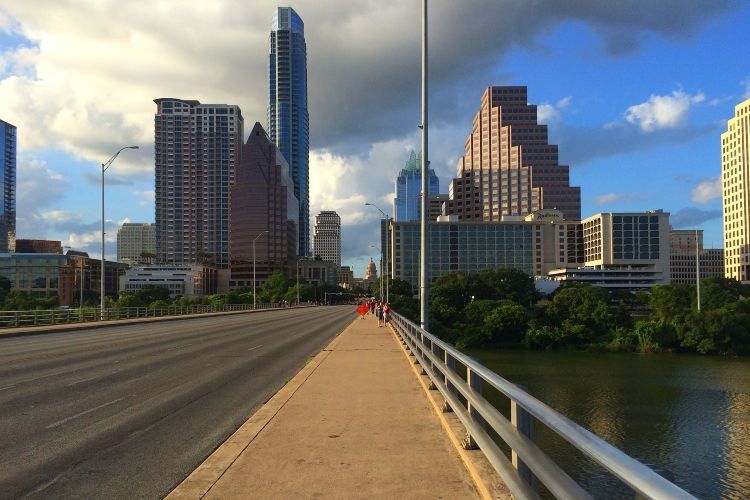 Last week I attended the tech congress South By Southwest (SXSW) in Austin, Texas. SXSW is a congress packed with over 2,500 tech sessions covering multiple industries and topics over the course of a week every March. It is also packed with people: the total number of attendees this year exceeded 30,000. There were about 350 attendees from Norway and also significant participation from many other Norstat markets. A large number of participants represent the media industry but a number of other sectors also had a strong presence including finance, health, retail, government and start-ups.

SXSW has its share of fascinating and inspiring sessions with celebrities and big names, this year including, among others, Bernie Sanders, Melinda Gates, Mayor Khan of London, the crown prince of Norway and Arnold Schwarzenegger. However, the big headlines of SXSW 2018 include Artificial Intelligence (AI), Voice Interfaces, Data Driven Journalism, Trust and Machine learning.

And who contributes on stage? A wide array of companies ranging from start-ups to multi-nationals, academics, researchers and politicians. Facebook and Google were very present this year hosting a number of sessions - more on that later. I’ll provide a brief summary of the highlights from the sessions I attended below.

A number of the «media track» sessions centered around the increased importance of data driven journalism: users expect data in more areas than politics and sports in 2018. The journalists pointed out 3rd party research and 3rd party data as important. But data is not only a hot topic for the media industry: Coca Cola advised all large corporations to develop a company-wide data strategy. They emphasized the importance of capturing the whole ecosystem of data, also including 3rd party data.

An overall data strategy is a prerequisite, according to Coca Cola, not only to derive value from more analytical approaches, but also to take advantage of machine learning and AI.

The importance of Visual

Second to coming up with good data is presenting it. The human attention span is shorter than ever. Brain engagement is positively correlated to visual content, and to moving images in particular. According to some of the research presented, 90% of our memory is based on visuals. Additionally, the audience is becoming increasingly demanding: Powerpoint and Excel graphics is not sufficient if the goal is to make the audience listen - remember – and: trust.

And talking about trust – it was a recurring topic in many sessions. This is due to the increased focus and importance as the media industry is becoming more fragmented, since everyone can be a content provider and fake news flourish. In a large study among publishers, trust ended on second place only after monetization when they were asked about their main challenges.

AI was a huge topic at SXSW again this year. The rapid development in AI is enabling a phenomenal development in voice recognition and voice interfaces. For anyone worried about losing their job to AI, McKinsey presented research that could be good news: only 5% of jobs can be fully replaced by AI. But then again, 60% of jobs can be partly replaced. CEO positions can be 25% replaced, whereas landscape workers need not worry (only 9% replacable), according to the consulting firm.

Google came on stage to invite any interested party to develop for their digital assistant, arguing that Voice will be the next big interface: it is the most natural human mode for interaction (above keyboard – mouse – finger), it is the interface where most development resources are spent currently and it has a great potential for customized services. By the way, this is exactly the reason why we are interested in utilizing chatbots for survey research.

Several sessions centered on trend spotting and covered many of the above topics. My favorite session in this category was by FB IQ: the FB entity that deals with analyzing data to optimize the relationship between six million advertisers and two billion users. They concluded by presenting three recommendations to advertisers and others that want to successfully engage an audience:

All in all, it has been a great week, combining learning and inspiration and not least with confirming that Norstat has a great position with regards to a number of the trends that were discussed at SXSW. I believe we are moving toward an interesting future in which visual presentation is becoming more important and voice and AI will also influence the market research industry increasingly.

Nina is the Managing Director at Norstat Norway. Feel free to drop her a line at nina.kulas@norstat.no.

View all Posts by Nina Kulås